HOW MUCH CAN I GET FOR MY BUSINESS? 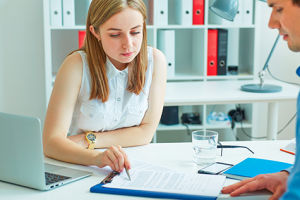 This is a million dollar question for the seller – and a rough answer is usually surprisingly easy. However, when you google to find the answer, most of the time you find a long essay talking about various valuation models (e.g. Income Approach, Market Approach, Cost Approach).

All of the above is true, but in practice a majority of buyers (and banks who fund them),  follow a very simple method in valuing a profitable lab – which is either a multiple of EBITDA or a multiple of Discretionary Earnings (DE), also known as Seller’s Discretionary Cash Flow  or Seller’s Discretionary Earnings (SDCF, or SDE). EBITDA is typically used for a business of reasonable size (say over $1 Million in revenue), whereas the DE is usually for smaller and typically owner-operator types of businesses where the owner of the lab is fully involved in the day to day operations.

EBITDA stands for Earnings before Interest, Taxes, Depreciation, and Amortization (yes, it is a mouthful). But essentially, you take the net earnings of the business, add back the interest expense, state and federal income taxes, depreciation and amortization and you get the value of EBITDA. In practice, we always use Adjusted EBITDA rather than ‘pure’ EBITDA, because in small businesses often there are “discretionary expenses” that are not business-related and also one-time expenses, such as certain amount of capital expenses which are typically not usual expenses but are expensed out in one year, instead of being on the balance sheet, for tax benefit. Examples of Discretionary Expenses are higher than market salary for the owner, Personal Car on the company expense, owner’s wife or son on the payroll even if they are not involved in the regular work. So these are called “add-backs”, because these are added back to the EBITDA to provide Adjusted EBITDA.

So once you have this magic Adjusted EBITDA number, you can approximately estimate the value of your company by multiplying this EBITDA by a multiplier. This is where it gets a bit interesting. For example, for a small company with revenues of say between $1-$5M and EBITDA under $1M, the multiplier is typically between 2.5-4.5 but usually between 3-4. Depending on the type of the business, it could be higher or lower than this range or on the high end or low end of this range. Some of the factors that decide where it will fall,  are discussed in the section for Sellers and determining your Value Builder score. But the most important thing to remember is that a  right value is what at a given time, a buyer is willing to offer, depending on how badly he or she needs it.

Also remember that as the size of the business becomes larger, it also attracts higher multiples – EBITDA multiples could go up to 5-8 for businesses that are much bigger in revenues and EBITDA, or sometimes even higher. Remember the famous saying – value is in the eyes of a beholder. A buyer who is not able to capture certain business because he or she lacks certain capabilities, or geographic presence, or certification, could easily pay a premium for a certain center, and for that buyer, the price is justified.

What about smaller businessess which are owner-operated and use DE or SDCF instead of EBITDA? DE or SDCF in simple terms is EBITDA plus owner’s compensation and the valuation multiple is typically for DE is in the 2-3.5 range.

Exceptions to the Rules

Of course there are several exceptions to this general valuation method. Some businesses may be very fast-growing and may have something unique or something proprietary and can be an exception to the rule. Or they may have an proprietary algorithms or patents.

For example, fast-growing SaaS businesses with rapid customer acquisition and sticky customers can value at multiples of revenue.

And often staffing companies are sold by multiples of gross margins – i.e. annual revenue of what the client pays minus the cost of the consultants.

Some money-losing IT businesses with a large customer base can sell for eye-popping prices. At other times businesses with  a very small, zero or negative EBITDA are sold at the value of the assets – assets could be hard assets such as equipment and infrastructure cost, or could be soft assets such as contracts, licenses, intellectual properties etc.

Soft assets are notoriously hard to value and the value will vary from buyer to buyer.

We're not around right now. But you can send us an email and we'll get back to you, asap.